Leprosy, also known as Hansen’s disease (HD), is dreaded by all because of its effect and impact it leaves on humans. Leprosy is caused by a micro organism called Mycobacterium leprae or M. leprae.

The noticeable sign of leprosy is the development of pale or pinkish skin patches or lesions on any part of the body. The patch is insensitive or anesthetic. The other cardinal sign of Leprosy is the enlargement of certain trunk nerves. The enlargement of the nerves can be accompanied by nerve impairment that leads to numbness or tenderness in the hands or feet.

Leprosy can be classified as

Contrary to popular belief, leprosy is not highly contagious. Multibacillary leprosy type is only the infectious type.

Leprosy is thought to be transmitted through cough or contact with fluid from the nose of an infectious person.

Those who live in poverty are the ones who are most prone to be affected by Leprosy.

Once, people were at bleak when they were affected by leprosy because of the stigma attached to it and also they need to take treatment and dapsone was the only drug available to be taken life time, till end of 1980s. Thanks to the efforts of World Health Organization that field tested the Multi Drug Therapy in 1980 with newly developed drugs like; Rifamicin; Clofazimine, Acedposone and Oflaxacin at selected centres and Schieffelin is one among them. Results obtained through field trials proved that the combination of drugs was very effective in killing the M leprae and completely arresting the spread of the disease or infection. The effect of MDT has been reduction in prevalence / Incidence rate of leprosy from 10-15 per 1000 population to 0.5 / 10,000 population.

Consequent to this reduction in the prevalence rate; the Government has integrated the leprosy eradication services in to general health care system. We collaborate very closely with the Central and State Governments our institution serves as a Referral institution for managing the complications and reactions in leprosy patients who were referred by the Government.

The mission and vision of SIHR & LC, is to be a centre of excellence for holistic care of persons affected by leprosy and other priority health needs, in a truly community based and integrated fashion, from their community to tertiary care level.

Even now after the integration of leprosy into general healthcare, the priority of SIHR &P LC, Karigiri is leprosy. SIHRLC, Karigiri provides free treatment to leprosy patients when admitted for surgical, medical and eye problems related to leprosy. The OPD attracts a large number of patients, indicating increased awareness of the disease for early detection of leprosy. Many patients who have completed their treatment for leprosy still consider Karigiri as their home / hospital for general complaints as many are rebuffed by other hospitals. We have fully dedicated Ophthalmology Department to take care of the Ophthalmic needs of leprosy patients ; and well equipped ENT Department with Specialist to devote to the needs of the patients.

Adequate beds and nursing service available for patients who need long time treatment for their ulcer care and also those who have reversal and drug resistance and other complications.

To this end this centre has gradually developed. Excellent OP and IP facilities

Disfigurement and deformity, the major problems in leprosy are corrected through reconstructive surgery. An Orthopaedic Appliance Unit provides custom made micro cellular footwear to prevent ulcers, and a variety of prosthetic and orthopaedic devices High quality MCR is produced on site and made available to other centers

From 1998 a new Department of Community Health was established to develop Community Based Leprosy Control, Prevention of Impairments and Disabilities (POID), Health Education, Community Development and Rehabilitation, inclusive of Training and Research. Community Development and Rehabilitation efforts focused on organizing the leprosy disabled into Self-Help Groups, Leadership and Capacity building camps are organized with the assistance of NABARD. Many disabled persons were facilitated and guided to get access to government schemes that provide benefits for the disabled. Field based POID is assisted by the CHP’s and CHVs. Family members are involved in the care of patients with disabilities.

To carry out appropriate state of the art research aimed at critical leprosy issues such as early detection, transmission, nerve damage, vaccine, psychosocial and other relevant related issues.

SIHR & LC collaborates with other National and International Organizations such Indian Council for Medical Research and Gandhigram Institute for Rural Health and Social Welfare, The Spastics Society of Tamil Nadu, in conducting 5 research projects.

Research facilities including computerized databases to further knowledge contributing to the ultimate solution of the leprosy problem.

We have one of the finest laboratories including a smear laboratory, mouse footpad, laboratory, immunology and more recently molecular biology laboratory. Our Departments of Physiotherapy, Occupational Therapy, and well equipped Radiography Department with ultra sound facilities.

Prosthetics and Orthotics are manned by qualified staff with adequate equipment to provide Orthosis and Prosthesis for amputees. Micro Celluar Rubber production unit is available that meets the needs of MCR for making special sandals that protect the anaesthetic foot of leprosy .

Ancillary services available in this institution include social work, clinical psychology for meeting the Socio Psychological needs of the patients which is most important for the welfare of the patient who is cured of leprosy and who face the community with the burnt of the disease. Patients were adequately counseled to meet the challenges ahead of them in the community such as Stigma, ostracism, etc.

Social and Economic rehabilitation was initiated as early as 1957 and continues with great emphasis, especially in training ex-leprosy patients in various vocations such as weaving, agriculture and dairy. Preference is given to women.

Care After Cure – Rehabilitation of leprosy cured patients in their society- two such programmes were implemented successfully through the assistance from Sweden (Baptist Union of Sweden. Many leprosy-cured patients have received assistance in cash or kind or material in order of their preference and traditional profession in order to enable them to earn their livelihood through doing their own trade.

Cured leprosy patients were given employment opportunities through weaving, block printing, screen printing, stockinet knitting, tailoring and embroidery, magic pots, flower vase, pen stand, paper weight and candle stand, etc. by our Rehabilitation Unit. The institution markets the finished handicrafts. We are working in close collaboration with the MESH, VTI, OXFAM and other National and International organizations that promotes the rehabilitation work. 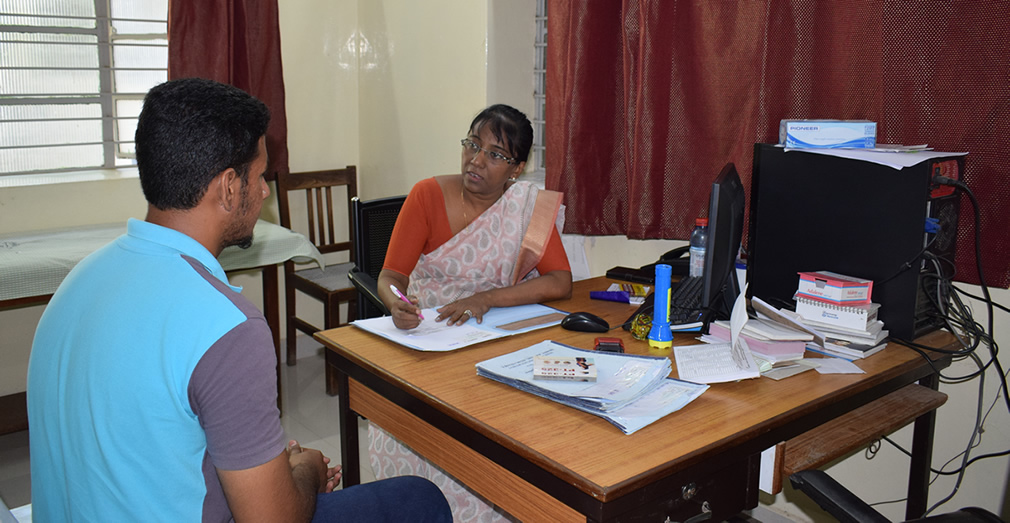 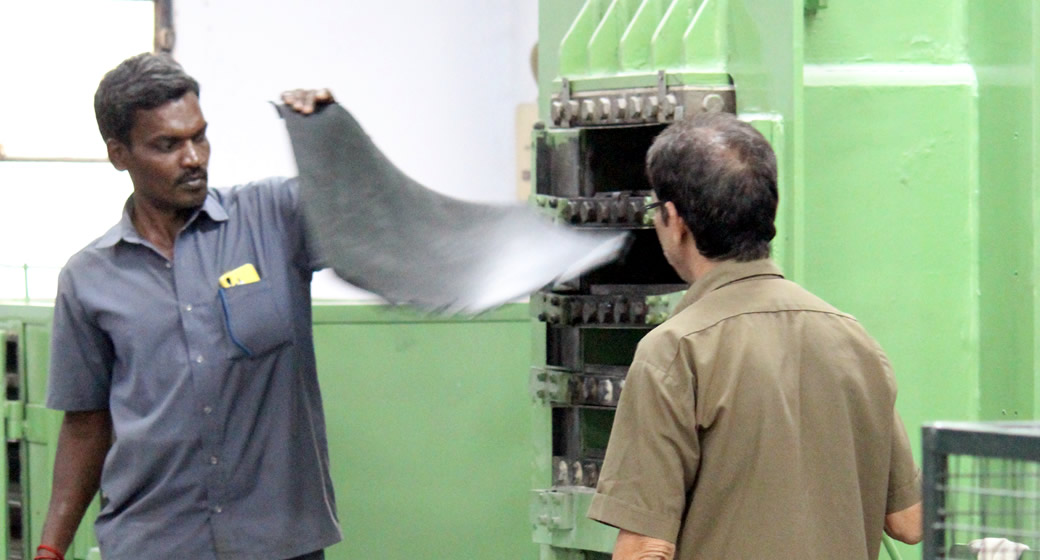 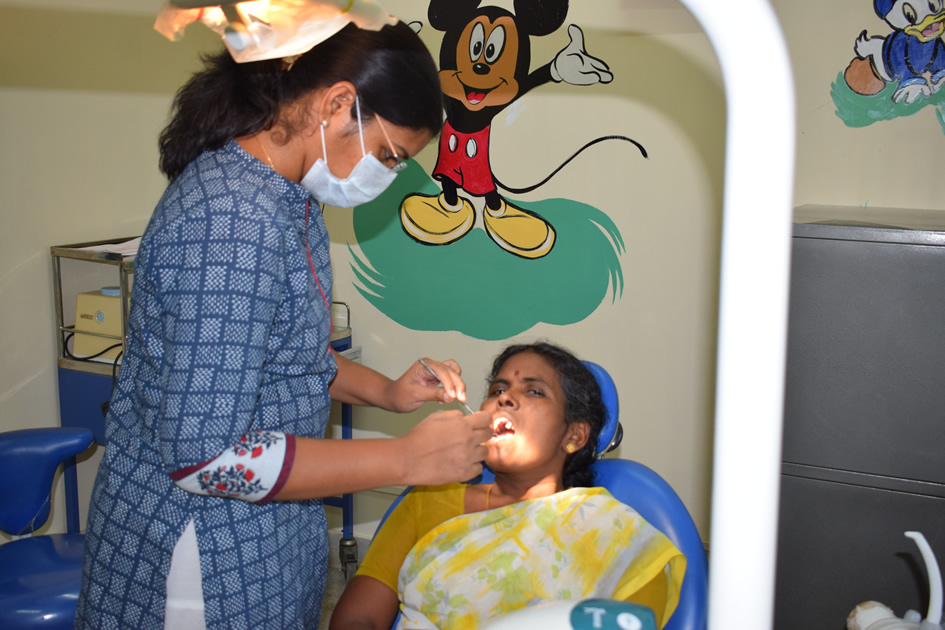 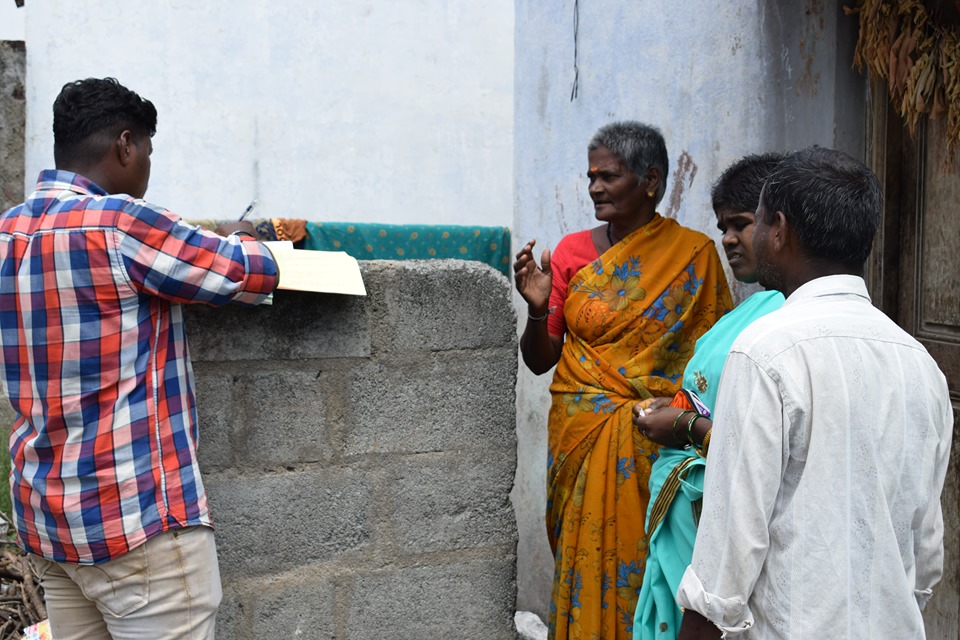 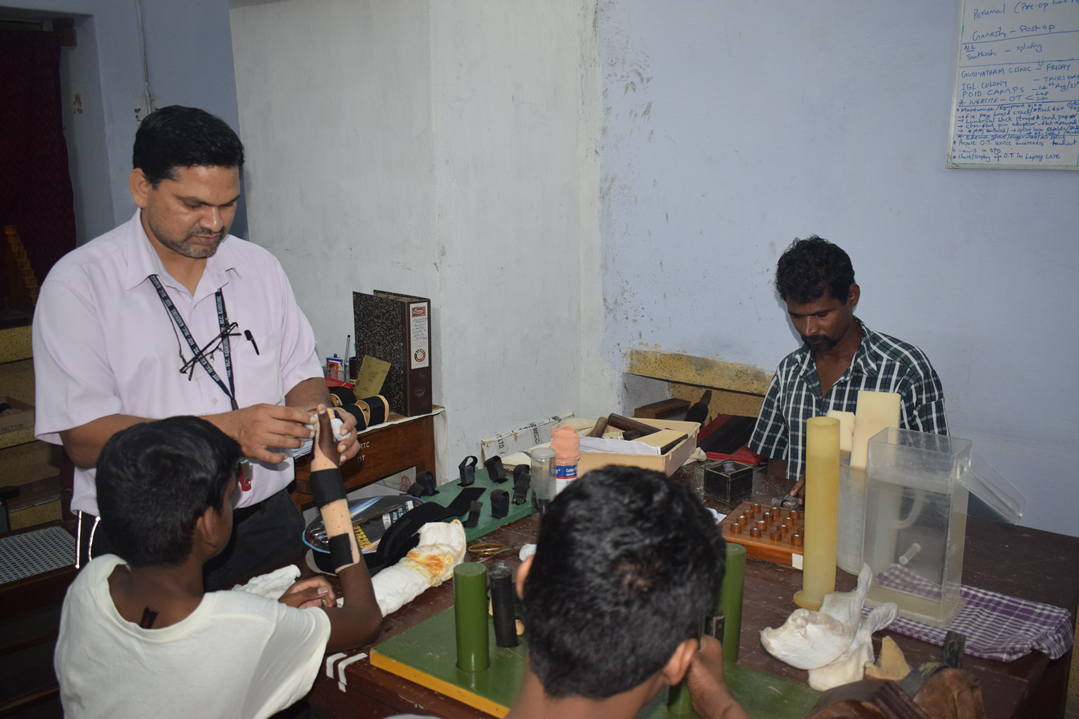